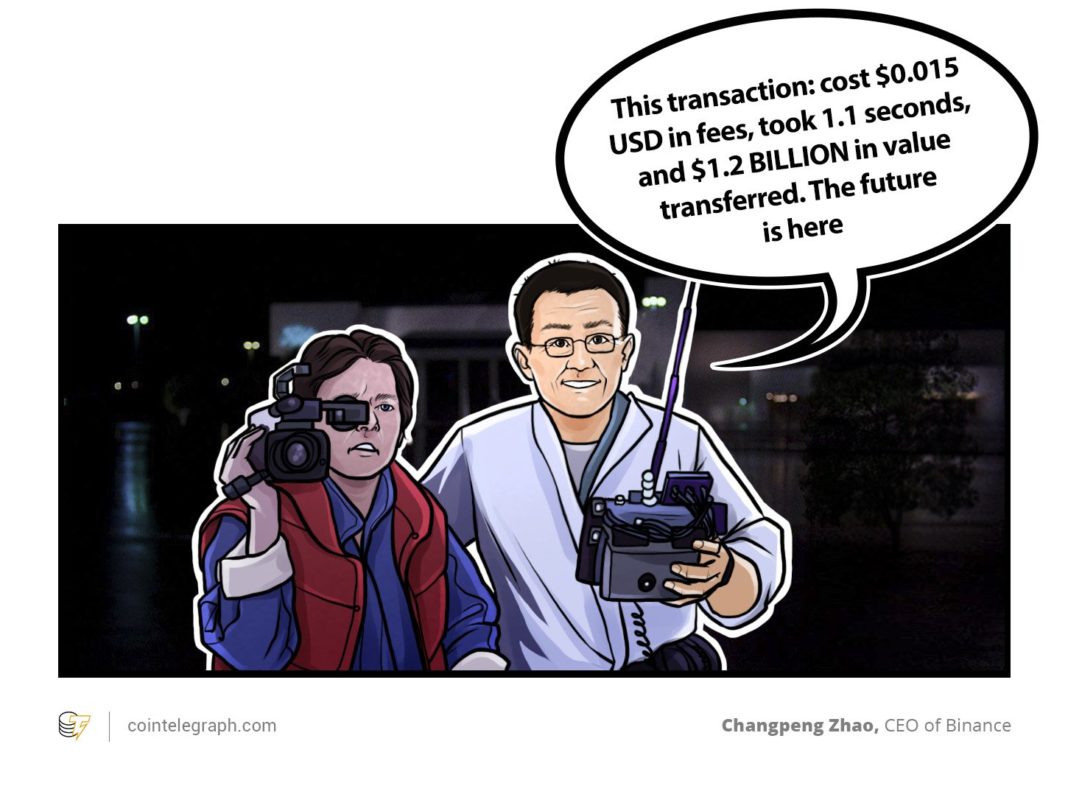 Coming every Sunday, the Hodler’s Digest will help you track every single important news story that happened this week. The best (and worst) quotes, adoption and regulation highlights, leading coins, predictions, and much more — a week on Cointelegraph in one link.

Bitcoin falls by $1,400 after crash of major crypto exchange Coinbase

After surpassing the $12,000 and $13,000 marks in a matter of hours, Bitcoin’s (BTC) parabolic run was plunged into peril when the Coinbase crypto exchange crashed on June 26. Prices began to tumble shortly before the trading platform confirmed there was a problem — and there was a 51-minute gap between its investigation starting and services returning to normal. The correction now suggests that $13,800 is an important barrier to further gains, as BTC has never achieved a monthly close above this level. Despite the setback, it wasn’t all doom and gloom this week, with data from CoinMarketCap suggesting BTC has achieved market dominance above 60% for the first time since April 2017.

Opera launched the iOS version of its mobile web browser Opera Touch on June 26. As well as accommodating Ethereum-based decentralized applications, it supports all ERC-20 tokens, stablecoins and nonfungible tokens. The browser also reportedly features a crypto wallet for storing ETH. The release comes after an Android version of the Opera Touch was released late last year. Charles Hamel, head of crypto at the Norway-based internet company, said: “We believe that all modern browsers should integrate a crypto wallet. This will enable new business models to emerge on the web.”

A survey by crypto exchange CEX.io suggested 27% of Britons would like cryptocurrencies in “real-world applications,” such as credit card payments and international money transfers. Meanwhile, 32% said they want to see crypto technology better integrated with payment apps and mobile storage. Only 13% of respondents owned any crypto at all. CEX.io said the outlook for reaching the rest of the population was “relatively gloomy,” as just 28% of participants said they would be encouraged to buy digital currencies if they understood it more. All of this comes despite the United Kingdom being one of the countries with the highest number of Google searches for “Bitcoin.” 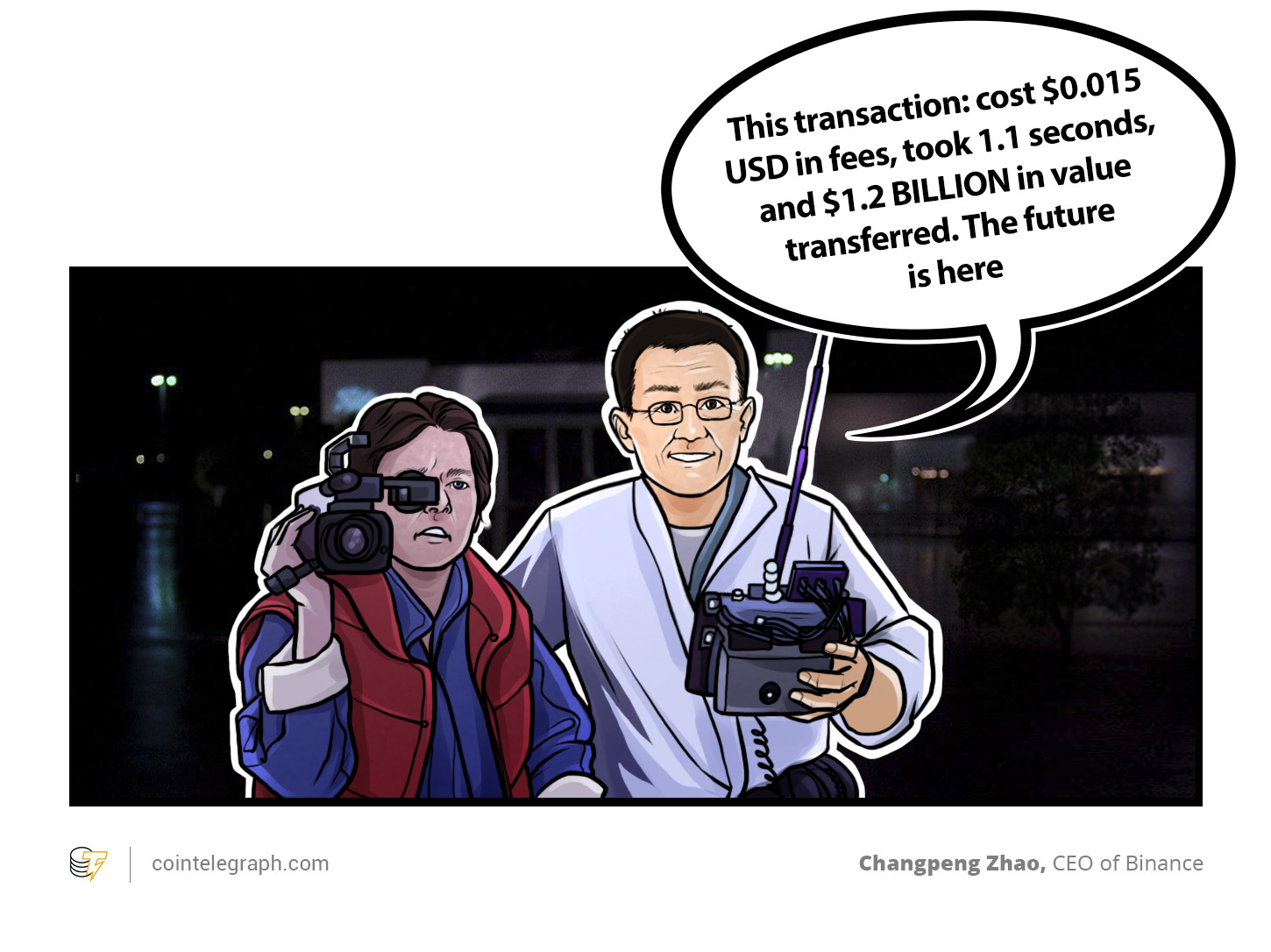 Square made Bitcoin deposits available on its Cash App, enabling users to add BTC from external wallets. Deposits are currently limited to $10,000 every seven days, and it takes several hours for transactions to be confirmed on the blockchain. Initially, the feature was only available for a small number of users.

Another week, another hack — and this time, it was Bitrue’s turn. It is believed a single hacker exploited a vulnerability to access the personal funds of about 90 users, with 9.3 million XRP and 2.5 million ADA lost from the exchange’s hot wallet. In a statement, the company said the incident had been detected quickly, and the exchanges where the ill-gotten crypto was sent to — Huobi, Bittrex and ChangeNOW — were swiftly notified so they could help freeze the transactions. An emergency inspection of Bitrue’s platform has been taking place, and the exchange has assured users that those affected “will have their funds replaced by us as soon as possible.” 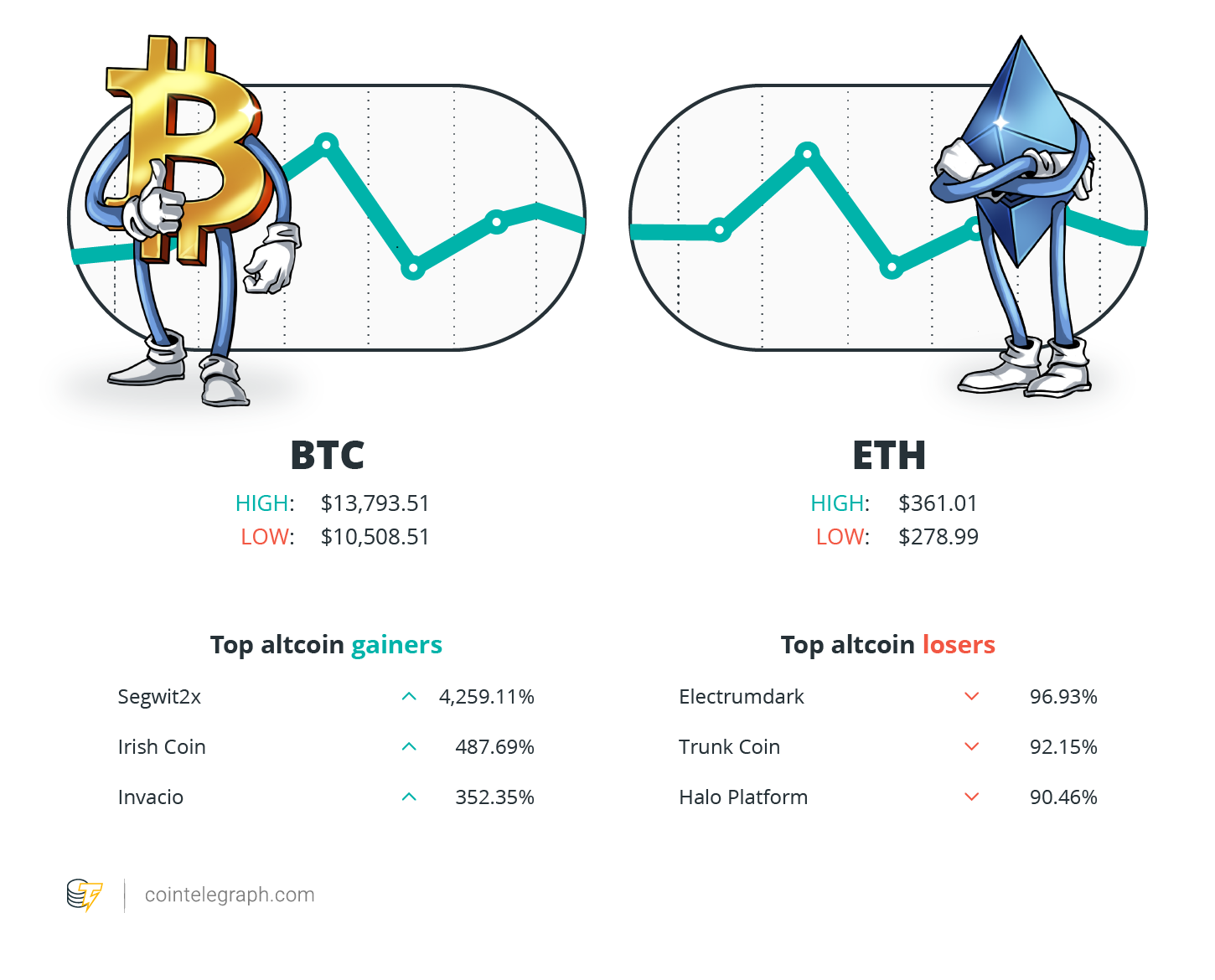 For more info on crypto prices, make sure to read Cointelegraph’s market analysis.

“I think having a company like Facebook, with such tremendous reach and distribution, into all different countries around the world – having them be interested in cryptocurrency and launching one is a very very positive thing for our industry. It brings a ton of awareness to people who have never heard of cryptocurrency.”

“Bitcoin is digital gold and a hedge against inflationary economic crises. If investors believe in this thesis, they should slowly accumulate Bitcoin and hold it for years to come. They should not go all-in or trade frequently.”

“If central banks are gonna be this aggressive, then alternative currencies do start to become a bit more attractive.” 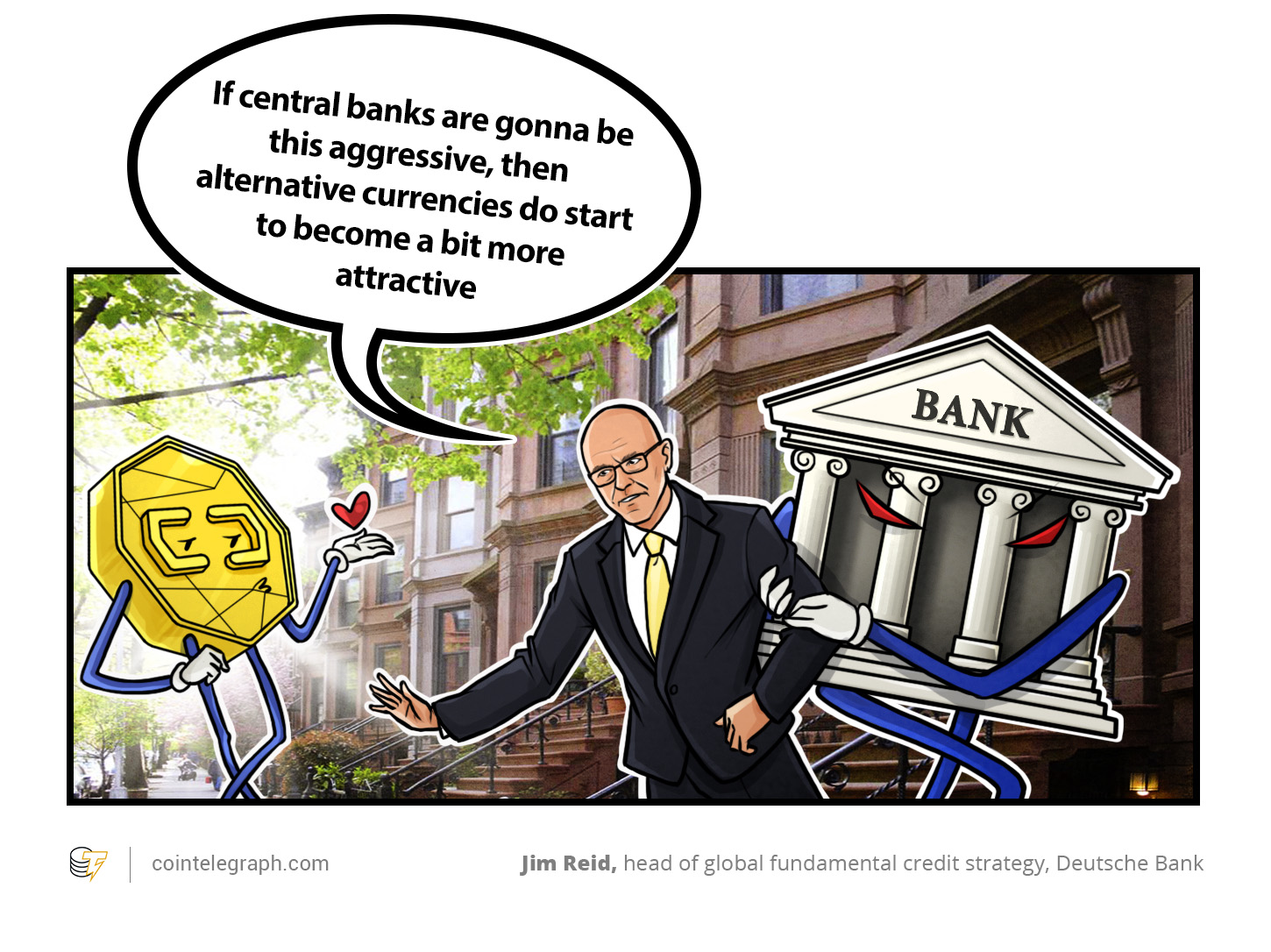 “After months of uncertainty and disruption, we have regretfully decided to shut down all digital assets exchange services and operations today. It is, without a doubt, a sad day for all digital assets and blockchain enthusiasts in India.”

– Rahil Raj, co-founder of Koinex, an Indian exchange that closed because of regulatory pressure

“I’m really excited about doing this. I hope it makes me rich.”

– Stephen Moore, ex-advisor to Trump, about joining a crypto bank

Prediction of the Week

Just before the Coinbase crash sent crypto prices downward, eToro analyst Simon Peters had a bold prediction: BTC could return to its all-time high of $20,000 within one to two weeks, while $50,000 to $100,000 could be achievable by the end of 2019. Peters also said that he believes this rally has been different from past surges because it hasn’t been accompanied by a spike in Google searches for “buy bitcoin,” with much of the capital entering the market coming from institutions and investors who had locked up their funds in stablecoins. Unfortunately, BTC’s rise has been at the expense of altcoins, with the analyst warning they are continuing to be “pummeled” as they languish at significant lows.

FUD of the Week

Stephen Moore, the economist who advised Trump and was at one point in the running to join the United States Federal Reserve, has joined Decentral — a project that aspires to serve as a new type of central bank. He’s set to become the chief economic officer of the platform, which aims to regulate monetary supply and exchange its own token for other cryptocurrencies. Skepticism reigns over how Decentral will be able to persuade critics that the crypto community needs to bring back self-same intermediaries that Bitcoin was designed to disrupt. Nonetheless, Moore said, “I’m really excited about doing this. I hope it makes me rich.” 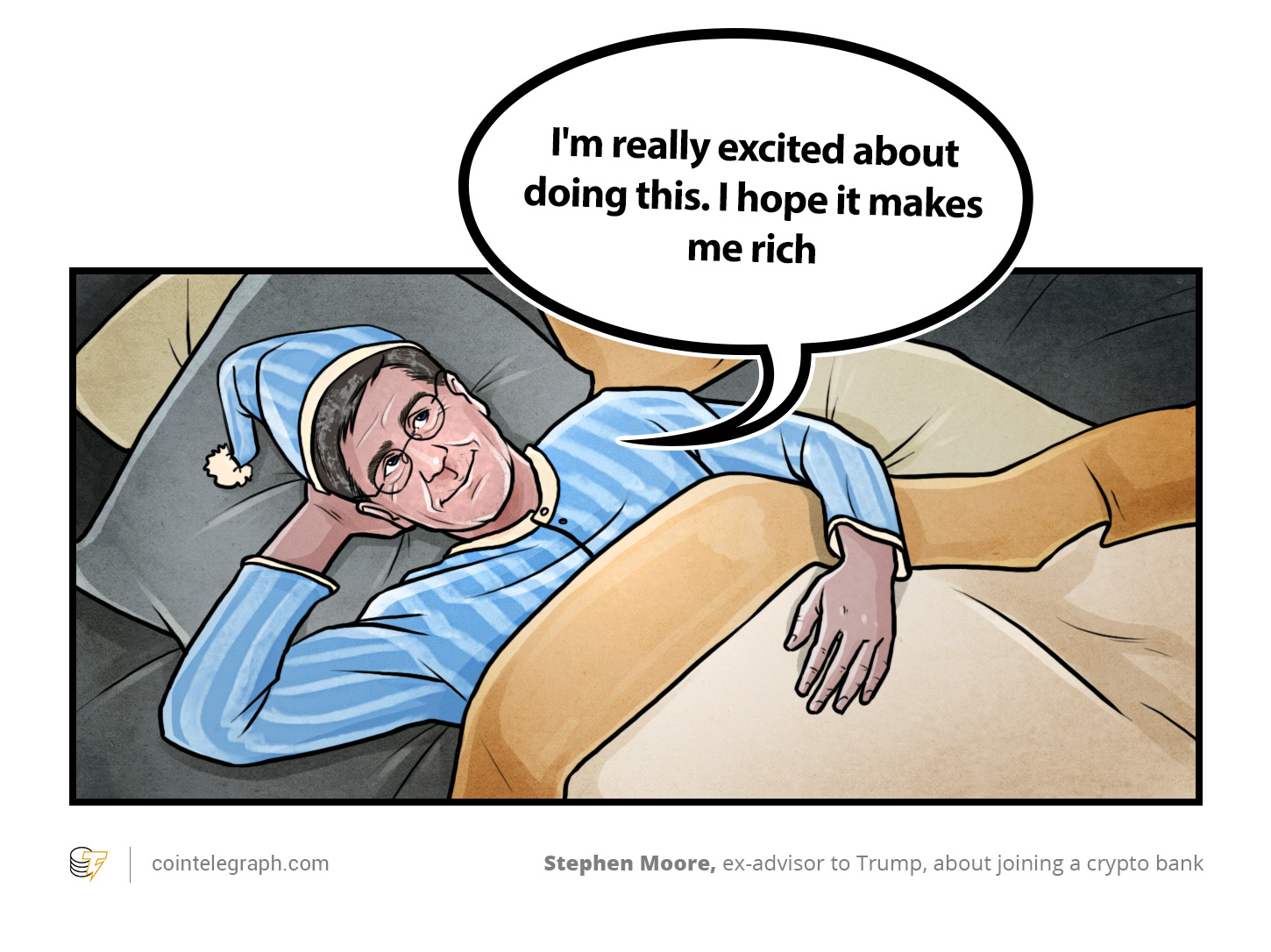 Number of the Week

5,000! Research from CoinATMRadar suggested the total number of Bitcoin ATMs (BTMs) worldwide has now exceeded 5,000 for the first time. They are spread across 90 countries and enable crypto users to buy or sell BTC on demand. About six per day were installed on average in June, and increased competition is expected to drive down the fees charged to BTM users.

CoinMarketCap pushes exchanges to transparency: Sign of a mature market?

The crypto market provider has requested all exchanges to disclose accurate data in a bid to increase transparency — and warned failure to do so would result in them being delisted. Now that the 45-day grace period has passed, Cointelegraph explores whether the fight against fake volumes is putting the crypto industry on the right track.

The founder of the Canadian exchange, Gerald Cotten, reportedly died in India last December at the age of 30. The bombshell came when QuadrigaCX admitted that it couldn’t access the $145 million owed to users because it was kept in cold storage, and only Cotten knew the password. Ever since, theories have been swirling around about what actually happened to the entrepreneur, where the money is and whether the saga is over.

With significant progress being made in quantum computing, concerns are growing among the crypto community. Cointelegraph examines whether the quantum computer could kill blockchain, and the changes that could be triggered in cryptography as a result.

Bridging the Gap Between Bitcoin and Global Regulators 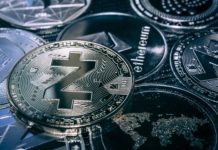 Monero and Zcash Conferences Showcase Their Differences (And Links)

Stablecoins Are the Bridge From Central Banks to Consumer Payments

The Battle for the Future of Money, Feat. Lawrence Summers, CZ, Michelle Phan, the...

To Get Serious About Decentralization, We Need to Measure It